Kilvinane Windfarm is an example of how complex the planning system can be and demonstrates the lengthy legal battles that can ensue and the impact it can have on a developer.

Briefly, in 2002, on appeal, An Bord Pleanála granted permission for 4 no. turbines with a height of 65m and a rotor diameter of 57m. Only three turbines were erected and at locations somewhat different to that specified in the planning permission. Additionally, two of the ‘as constructed’ turbines exceeded the permitted rotor diameter. The developer in good faith advised the planning authority of the changes and received a ‘Letter of Comfort’ indicating that the revised locations and blade length extensions were acceptable and a Section 5 declaration from the planning authority confirmed this. However, on appeal, the Board concluded that the development as constructed was not exempted development.

Ultimately, the Court of Appeal held, in Bailey v. Kilvinane Wind Farm Ltd., that the turbines as constructed were unauthorised development having regard to the extent of the deviation from the 2002 planning permission in terms of location and rotor diameter.

To regularise the development, McCutcheon Halley acting as Planning Consultant, sought leave to apply for substitute consent under Section 177D of the Act, on the basis that exceptional circumstances existed and in particular that the developer could reasonably have had a belief that the development was not unauthorised. The Board granted leave and McCutcheon Halley lodged an application accompanied by a remedial Environmental Impact Statement (rEIS).

In parallel with the preparation and processing of the substitute consent application, proceedings under Section 160 of the Act were before the Court of Appeal and it was held that the turbines, as constructed, were unauthorised development. An order was granted requiring dismantling of the turbines and was stayed pending the outcome of the application for substitute consent.

In 2017, the Board granted substitute consent for the Kilvinane wind farm. Development in compliance with a substitute consent or any condition to which it is subject to is deemed to be authorised development. McCutcheon Halley prepared and submitted the compliance package and secured agreement with the planning authority.

A judicial review of the decision of the Board was sought by third parties on the grounds that the Board failed to carry out an EIA in accordance with the requirements of the EIA Directive and the Act of 2000 and that the Board failed to record the reasons for its decision. Kilvinane Windfarm Ltd. were a Notice Party and McCutcheon Halley assisted their legal representatives supplying the information requested. The application for judicial review was dismissed by the High Court in December 2017.

The third parties requested a certificate for leave to appeal the decision of the High Court to the Court of Appeal and this was refused in June 2018.

Result: The windfarm is now operating and generating renewable electricity that is exported to the National Grid. 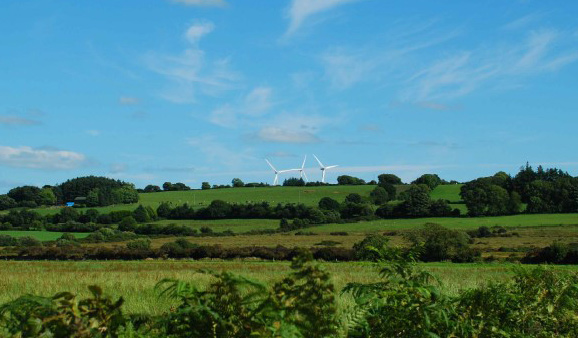